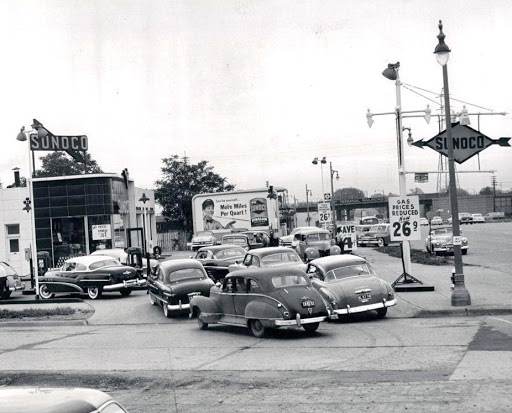 Like Christmas, it finally came. Day one of our trip. We are leaving in a little while, maybe 9 AM. Jack Jr is taking his big screen TV to his Son Stephen and family in Oak Ridge. We are looking forward to  seeing the family.

Jennifer is a nurse and is back to work after taking a break to get the kids started on life. Jude is about 5 and his sister Kennedy 2. WE hope to have dinner with them this evening and then we will leave for Ypsilanti, Michigan to see Johnny her younger brother. She and Johnny are now the only siblings left of the seven.

When boys in the mid-1950s around home felt adventurous, they either joined the military or went to ‘Detroit’ to build cars and get rich. Hey, they were paying $4 an hour there vs $.75-$1 in the cotton mills of Belmont.

Johnny’s brothers went in the military; Johnny went to Detroit and stayed to retire. The family kept saying come on back home after you retire, but he has lived most of his life there. He has one daughter, Candice (Candy of course) and we look forward to visiting, maybe the last time, who knows?

Johnny has one story he likes to tell. I once got into trouble with Sherry when we were dating, before we started going steady. I took a trip with a former girlfriend. Friend Martha (Who lived on the Chronicle mill village) knew I was in trouble and told me Sherry had left a pair of shoes at her house. I volunteered to return them to get a chance to apologize to Sherry. She lived in the Imperial Mill Village.

I knocked, Johnny came to the door. “Jack, Sherry does not want to talk to you.”  I gave him one shoe and drove around the block, then returned. This time Johnny refused to answer the door telling Sherry, “You go this time.”

She did, I gave her the other shoe and apologized, she forgave me. A year or so later we were married.

We got off to a good start. we are past Shelby NC headed for Forest city then Asheville. JJ is driving Sherry is copilot.

So happy to hear your Christmas came early this year and you are on the road. I love the stories you tell about you and Sherry. Glad she took the shoe and you ! You are both my favorite couple.

Safe travels as I'm sure you are on the road already! Should be a great trip!! Interesting how the men went into the military or Detroit to build cars. Both would be good careers for that time! Cute about the shoes :) Glad Sherry forgave you!

What a 'Cinderella' moment with the shoes!!!
How fun it will be to see the g-grands again this evening. Jennifer's is a great career choice, but scary, too, in this climate of uncertainty. May God bless her!

You sound like Willie Nelson - Back on the road again!

godspeed. enjoy these visits with family. they are precious. my hubby grew up in Detroit and throughout the years we've spent alot of time there. more recently he had a job in Troy. he retired 3 years ago, at 78. have fun as you head north.

Fun story..smart girl! She made you sweat a bit before deciding to forgive. A good choice it seems and now you're on another adventure. Stay safe and enjoy and wave at Ohio if you go by!

Dang Jack, that's some kind of Cinderella story with the shoe and all. LOL. You crack me up. I love that story. Enjoy your trip and be sweet to your wife. :) Blessings, xoxo, Susie

So, another good shoe story with a happy ending. Could see it happening. Safe journey.

Love that story, you're a bright guy and clearly Sherry's in LOVE!!!