Across the desert Into Las Vegas 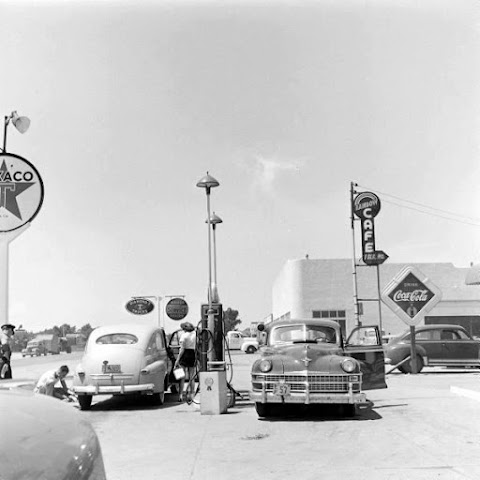 We were on the road again, this time more desert. Coming close to Death Valley. We tried to sleep in a little.  We all deserved it. Looking forward to 2-3 days in Las Vegas and Cousin Howard Dewey D.  Hoping this time around he would have that secret ‘system’ for getting rich in Las Vegas.

WE left Boron and traveled thru desert (I am sure it was the Mojave) most of the terrain was like this until we came to those mountains in the distance. 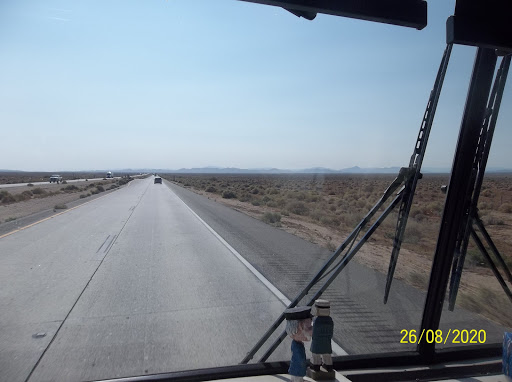 A unique site near Barstow, some sort of military display. 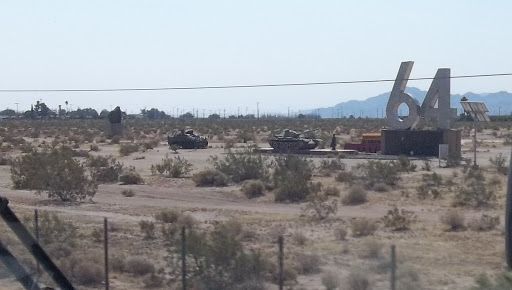 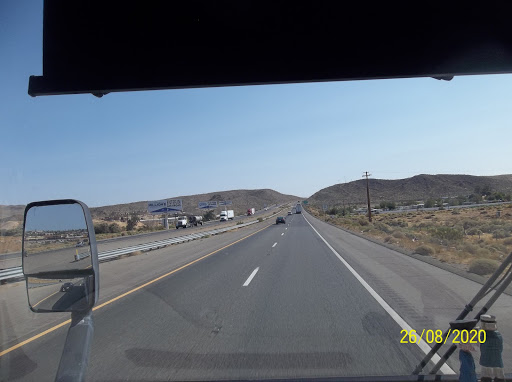 Things went well until JJ read a sign “TURN OFF THE A/C NEXT 2O MILES.”

He did and told me the heat gauge was high, but steady. 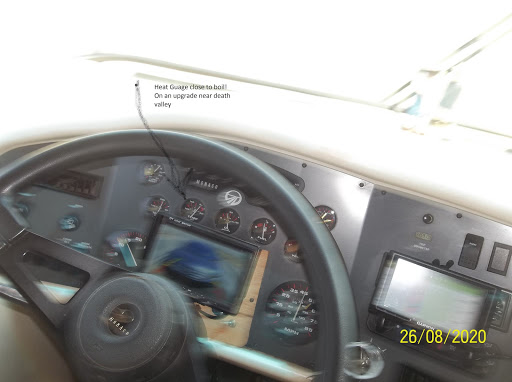 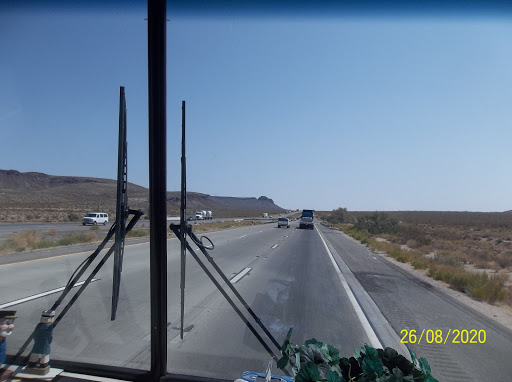 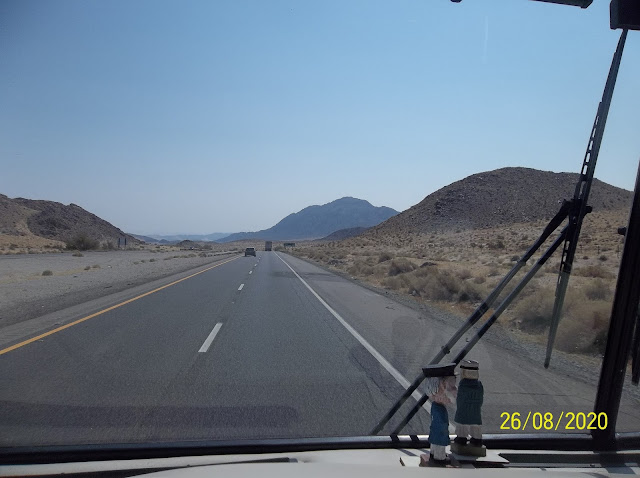 The mountains were pretty or unique. Much like the ones of Utah. We did get some cactus in the desert.

Barren and hot. WE reached Nevada temp is 123 degrees.

This is some Las Vegas shots. 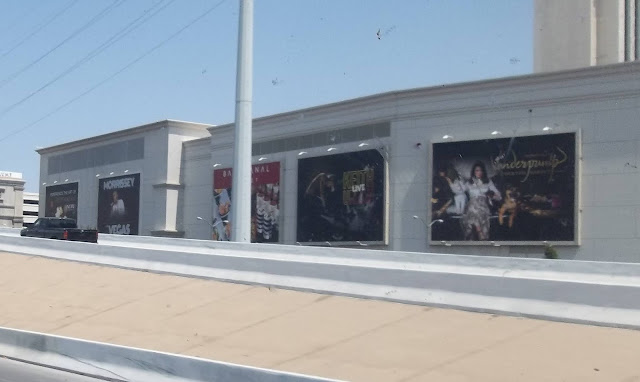 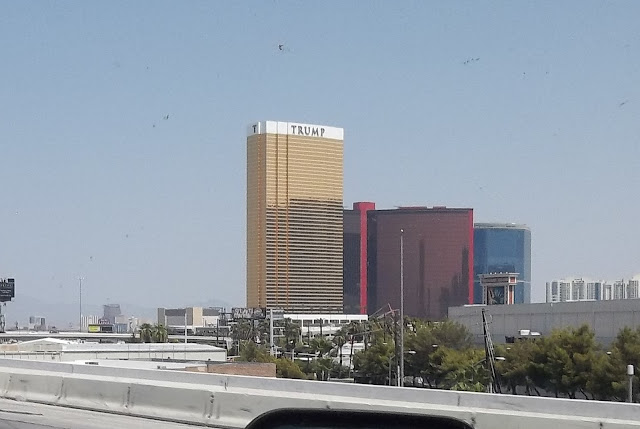 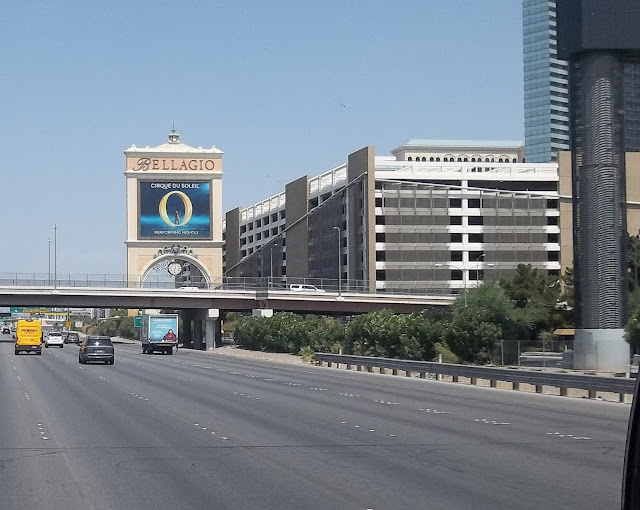 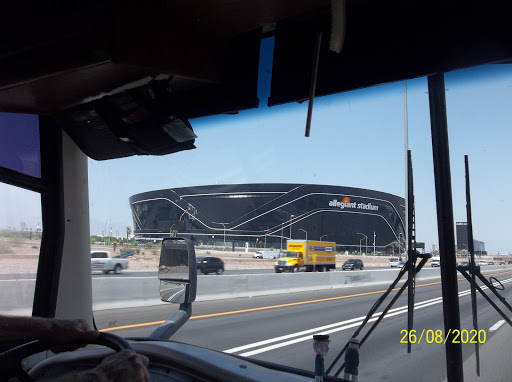 Above is the new RAiders stadium in LV 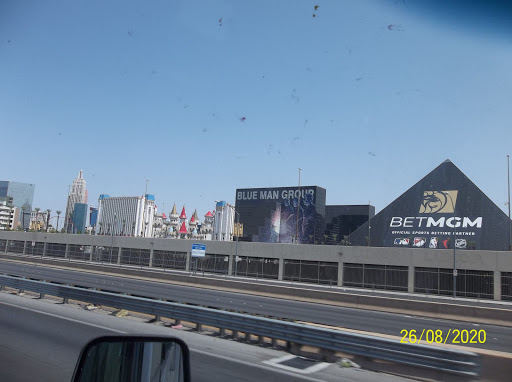 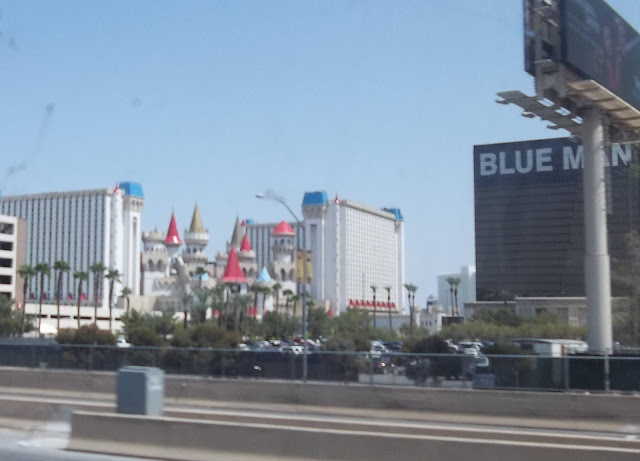 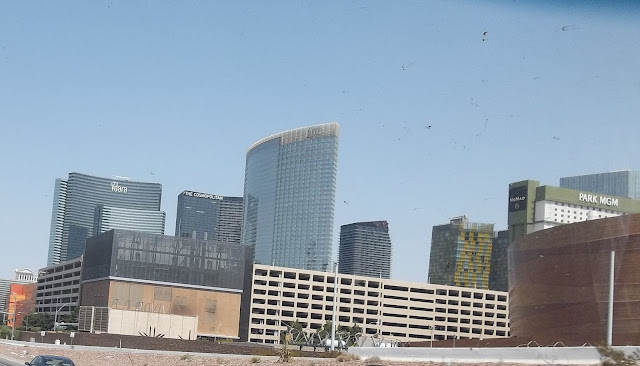 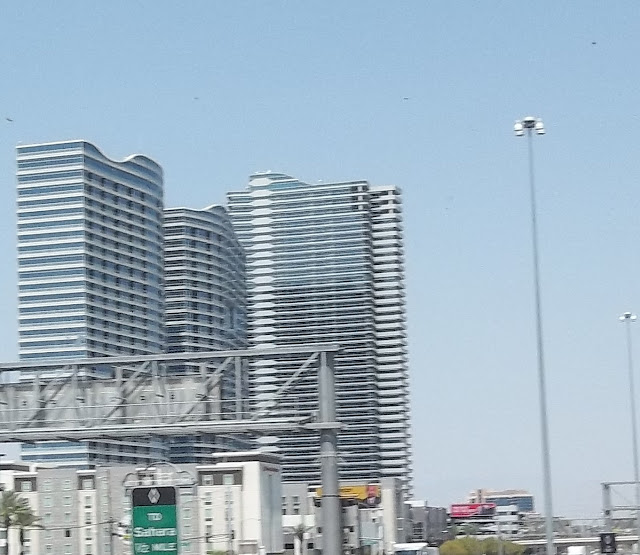 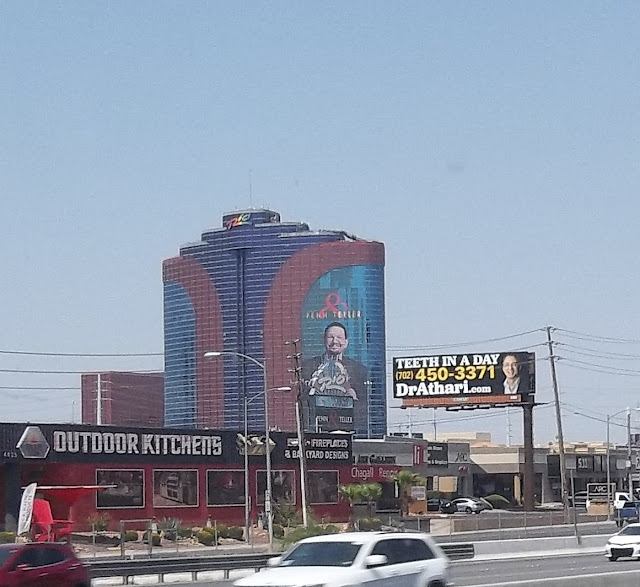 the above new hotel blows my mind with electronic advertisement that HUGE!

Nice Pictures of Vegas an the surrounding area, I played in Trumps Casino in Atlantic City of should I say donated Money to it !!! Sorry you are having some mechanic issues and glad they are fixable, we been there and had to have some work done on the car on vacation !!!! Glad you moved the Motor Home to a quieter spot for your Honey !! Good Luck on the Trip Home, keeping you in our Prayers ! Love from back Est, Gary & Anna Mae

Oh I loved that joke. I went to Vegas with a girl I worked with once. We stayed two days...for under 700 dollars. We were not big gamblers. LOL. That is not even a night on the town these days. So scary how high you guys had to drive up a mountain. I hope you are all enjoying your trip. Blessings, be safe. xoxo, Susie

So is it that hot in Las Vegas? I knew it was hot - but that is hot.
So you had to turn the a/c off?
I remember once my uncle drove out there - years ago - they had to put cold water packs on the engine when they drove.
Glad you are up and running.

So glad y'all are OUT of California! I remember in the 50's when my parents would drive to California there were lots of signs advertising water bags (https://goneoutdoors.com/desert-water-bags-4727523.html). The "or else!" fear factor, I suppose ... but don't recall my dad ever stopping to buy.
Hope y'all enjoy your visit and catch up on your sleep.

This would be my least favorite part of the trip. I remember making that trip and not enjoying it. We stopped in Vegas but my kids were more interested in the homeless people than anything else. They hadn't experienced that in their world back then. I'm glad we made the trip but I'll enjoy your pics and stories and then I won't have to go back! I hope it's a good rest of the trip for you and try to stay cool! 123? Ouch!

Been there done that lol with the 123 temp. It is brutal heat so be careful! Wow on the new Raider stadium. Impressive looking! Enjoy your stay in Sin City and remember what happens in Vegas stays in Vegas!