Today we have son Mark with us and a lot of outside work has been done. Early  this morning Mr. Heat and A/C man came. He was very efficient and MOVED fast as he worked.  I pointed out a small wire that had obviously been cut. I accidentally found it when working on the hot-water heater. Immediately he said, that could be your whole problem, that is your low voltage line, two wire nuts will fix it. 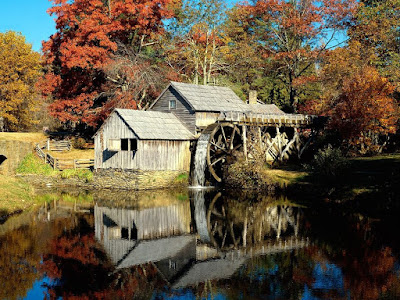 However that was a problem but not the worst.  He told me the thermostat wire was bad, and he had never seen one go bad.  He fished the wire thru block walls and drywall. Low and behold it had been half snipped and pushed back into the wall intentionally.  BUT,  Once the wire was replaced the heater worked and the compressor came on, but NO COOL AIR.

His gauges showed ZERO pressure for Freon. He said, "Freon is $45 a pound and you need 4 pounds, do you want me to continue?"

I said I didn't know anything else to do. I went back to work reversing the doors on the Refer Mark brought over and doing some cleaning. In just a minute Mr. A/C man came inside smiling. "Mr. Darnell, we are both fortunate. Someone was planning to steal the compressor unit. The internal valves had been shut off. The only time they are shut is when we (or some thief) is going to remove (or steal) the compressor.

He had found the valve problem when he tried to load the Freon, it would not go in because the valve was closed.

I felt cool air coming thru the vents. He said he would have to charge for his time, but no Freon was needed. (He COULD have opened the valves, tried the unit and it worked and charged me for about $200 in Freon, but he was honest!) I love it.

FACT: This is a repossessed HUD home. In our house search I have seen walls torn out, windows broken, and other damaged done by owners who were upset for losing their home.  This was the most subtle.

Things are going well. We are not sure about Matthew.  WE are not new to this, we have experienced several hurricanes.  We have also experienced damage, but nothing major.

I hope to have some pictures in a couple days.  Life is good! 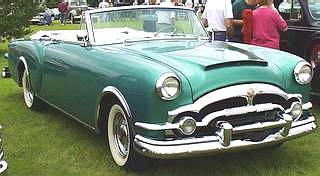 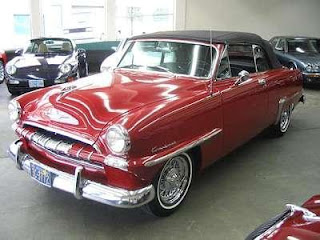 Twice now, you've debunked my suspicion that (most) indy tradesmen were callous opportunists. (Excepting you and my hubby, that is!) Heck, I want to hug that fella myself!

Prayers for everyone's safety! Tom says, "Tell him to drop anchor so they're not blown away."
In this case, I need to apologize for not having been more concerned. As y'all may have experienced already, many times I moved inland, upland, etc., etc. only to have the storm fizzle. Even so, I thank God they give us ample warning and opportunity to evacuate -- unlike tornadoes or earthquakes. These are scary times.....

Well all I got to say about the approaching Matthew, the Matthew I know in my life has caused a lot of storms and turbulence, so hang out tight and batter down the hatches, you are going to need it! Seriously be safe and prepared!

Glad the repairman was honest in his dealings and you know, you got a "friend" for life basically. You're not going to think twice the next time you need his services, you more than likely will call him. A good repairman and mechanic is worth their weight in gold, especially if they are honest and on do what needs to be done at a fair price.

There were people in business in Southern California, especially during the times when all the houses were being foreclosed on back in 2007 to 2010 that would go and clean up (and out) the foreclosed houses, usually hauling away lots of junk, etc. But we toured a few houses that were repossessions and it wasn't "pretty" what was taken and how things were left. You wonder why someone would destroy property like that.

John's house was a government house. Brick, three bedroom, no carpet, central heat but no air. I would have liked it when I was young. He paid 30,000 on the court house steps auction. Lots of repairs had to be done. Wishing safety to all in the path of Matthew.

Glad you got the heat and air fixed and had such an honest repairman. They are rare today. Praying for all in the route of the hurricane. It's already done enough damage, I'm thinking it's time it just went out to see and died there.

We live on a repo home. You are right. They leave it in a mess. This goes with most rental homes as well. Its sad how people will treat a house. Im glad it was an easy fix and the AC man was an honest guy. Now lets hope Matthew is kind. Ive been thinking of you and Sherry while watching the path of this storm. It supose to slam our coast on Saturday. Then we are heading down next week.

Sounds like you see sawed a bit but overall came out a winner with your A/C situation, glad to hear that! Y'all stay safe!!!

I am certain, Jack, that as a contractor you were scrupulously honest with your clients. Maybe good karma(if it exists)is paying you back.

Glad things are progressing, Be Safe if this storm heads your way ! Sounds like some intentional damage and problems were done on purpose. Waiting to see some pictures !!
Mr Mother in Law is worried as Lake Okeechobee is at height of 15.6 feet which is near max and they cannot drain it fast enough, there is concern for Pahoka and Belle Glade on flooding and Anna Mae and I have walked and seen places where the lake seeps under the dirt berm.
Prayers for safe and secure surroundings for you all !

Sounds like it's coming together Jack. Keep an eye on the sky.
R