Give me Manhattan, NOT! 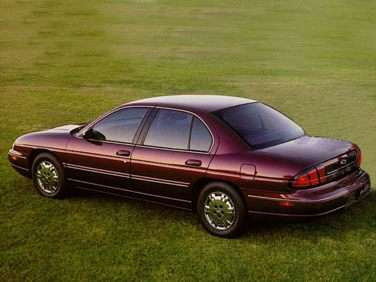 1999 Chevrolet New the year I built my last house.

For today:
Yep, I told my sweetheart I renewed my General Contractor’s License for 2020, for the last time. I haven’t built a home since 1999. Lord have mercy, that was 21 years ago.
Last house Built for Sherry's sister and hubby. Both have passed it is for sale now, It is exactly like our two condo's, same plans. Inside and out can be seen at the end of entry, if you like. 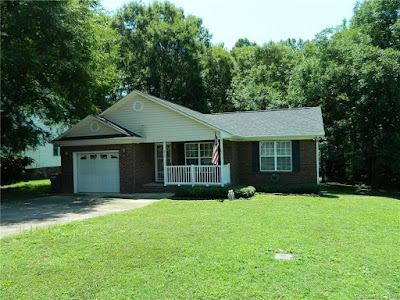 At that time we built a home in 99 days or less. Now I see young contractors building much bigger and doing that in 50 days or less; larger homes for smaller families. I wouldn’t want the stress, but I would still like to build.
I read some on real estate and the housing market. I haven’t shed a tear, but felt a sadness. My thoughts were concreted into my psych by my mentor Luke Tucker.  Build an affordable home and earn from 10-20% on the house and land and fulfil someone’s dream.
I just read today something that seems impossible. I just read that the single home sales are at the 1996 level. Single family homes are nearly twice as large and much more extravagant, pushing the blue collar worker further from home ownership.
I have never been interested in big cities, especially what Eva Gabor would sing in “Green Acres”, She loved Manhattan and a pent house view. I just read that half the Manhattan Condos built in the last 5 years are still unsold. Now that just amazes me, they are only average $3.77 million each. In the same article it was stated there are 80,000 homeless in New York City.
Housing is strange. Sherry and I bought our first house from her brother for $3000 (circa 1966?). I built and sold my first house for about $30,000 in about 1985.
In the late 40s, you could build a house in our area for about $500. It had inside plumbing but no A/C.
As I sit here I want to invest in land and BUILD some affordable homes, I want to, I wrote.  But my time has passed, just like my parent’s and your parent’s time.  Some people do not want to own, nothing wrong with that. We live today, and hope the economy levels out so our grands can have their home, if they want it.
Nite Shipslog
PS: The last house I built:
It is exactly like our home, same plans. We have two of these as condos.

I did read that millennials were not interested in home owning. That could make it interesting for investors who buy lots of property and then rent them out to the millenials since people have to have a place to live (assuming they are capable of supporting themselves). There is always building around here with apartments, houses, condos, etc. You wonder if it will ever stop, but then Phoenix is a growing place with lots of new industries coming here. I know a lot of people have dreams of a big house, but I like it small and simple; easier to care for :)

I just find it amazing that you have built homes. I think you still have it in you. You should build at least one more.
I remember the man that built the house I grew up in. It was Robert Bear. He passed away years ago after a ladder accident.

From 26 degrees and Sunny
Lisa

Like you, our first home was $3-000.00 that is unheard of in this day and age. Compared to what is being built today, it was small, but then we had all the room we needed for a new cop=uple just starting out. It was a 2 bedroom one bath home. Now a days it seems beneath some to live in a home like that, but it was a good start for us and the money we invested was a good down payment on our next and bigger home.

We moved out of HUD Housing after recuperating and wanting Privacy ! It was unbelievable what the Housing Market did in 12 years up here ! My Brother said Florida was terrible, He paid $250,000.00 for his large sprawling home over on the East Coast. We had to pay over $100,000.00 for a Mill House that 12 years ago would have sold for about $ 40 -50 thousand ! We were thinking about Okeechobee also but everything we wanted was way over priced and what was in our price range was a dump or poor neighborhood ! Can't wait till Spring gets here !

I've mentioned on my blog that I'm a real estate stalker. I love to check out what homes are available in my area and the prices. I like to see how the inside is done and what I would do with it. We've only owned 2 homes. Our first one we bought in 1985. A 4 bedroom, 2 bath, in a wonderful neighborhood but the house needed serious updating. We paid 48,000 for it. We redid about everything and lived there for 17yrs. We sold it and moved to our present home. We wanted to try country living and we've been here 19 years. We're not quite ready ( I should say Jack isn't quite ready) to move to something smaller and much less acreage. But I know it's coming. Not much in way of rentals in our small town and I haven't seen anything on line I would buy. We could build but I'm not sure I want that headache! I admire your talents as a home builder. I'm sure they were done right and will stand the test of time. Have a great week!

New-home prices are crazy! I remember when we started looking for homes here in Alabama I hoped for something small and easy to care for under $100k. Oh, they're out there; but nothing we'd consider.
Say, I really like the looks of your home; particularly the inviting front porch. So fun, scrolling through the pictures and imagining you creating the layout. Having the cut-out over the kitchen sink is certainly appealing. And that back deck? Tom would never want to come inside. LOL!

Our house is more of a cottage. We have an old house and barn for storage, but we have plenty of space for Jilda and me.
There was a time about 5 years before I retired when my friends encouraged us to buy a bigger house south of Birmingham. They were beautiful, but the ones we looked at were over $300 k.
A few years later when the company “encouraged” me to retire, our little cottage on the farm here was paid for.
I am sooooo happy I didn’t fall into the bigger is better trap. Had we bought the bigger house, I could not have retired.
R

it's a shame that young people today will not be able to buy cars and houses that are out of reach price wise.