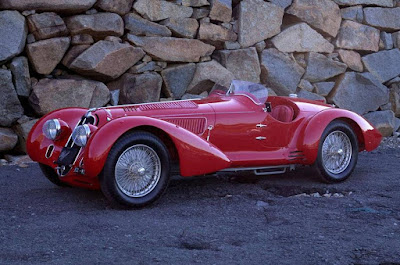 For today (the day after yesterday!):
For years I worked with the ‘IBM Card’. Payroll was from cards along with personnel records. That card could contain up to 80 alphanumeric characters and several special characters, i.e. %$<>,.’ ”.Cards would be like pages of books, a header and trailer cards. Some personel records were 50cards per person.

The date ‘field’ or area was as small as possible 2 positions each for month, day and year.  010199= January 1, 1999. This had worked for 1900s, but when the 1999 things changed. Now 4 positions were needed. That would cause a problem, requiring two more positions in the date field.

This was actually a major, MAJOR problem. At that time Most businesses, including banks and financial entities were still dependent on the card system, for all their records. Store records were on cards, the system would fail, etc. You could not buy groceries.

I remember the predictions, banks would fail, Planes would fall out of the air. Thousands actually withdrew their money at the banks ‘Just in Case.’  I was surprised when I learned later, that even my son withdrew his personal and company money out of the bank. The fear was real to many people.

There was very little ‘social media’ at the time. I can imagine what chaos would occur with such an active social media as today, things spread like wild fire.

Anyway, that was on my mind today, whatever today is, LOL.

Sherry is on the phone with Evelyn as I type. It seems no one can grasp the pressure I have been under to catch a signal to get out and expose to the world all my deep thoughts and advice. Thankfully I still have hot lines to Brother Trump and Sister Pelosi. They know my advice is always available to them. (I am beginning to think neither one listens) Lately I have about worn communications out!  LOL

At present they have agreed not to shoot each other, but the agreement is being held together with a very thin thread. LOL.

About the card, Strange that, the year 2000 rolled in with only a few hitches, most everyone did not notice any significant change. 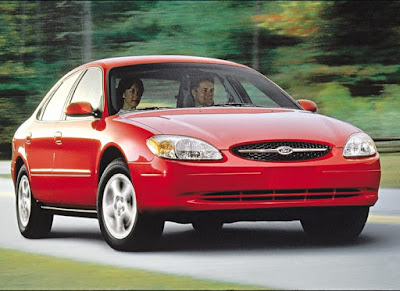 And the 2000 Ford Taurus continued to roll off the line.

Funny about the big hype of 2000 but for months that was all the news and then relatively nothing came of it. Funny again how we get into dithers about things we sometimes have no control over. It truly is amazing how much technology keeps changing, but then at the same time how there can be places with little or no Internet service in major towns. What's up with that?

I remember the Y2K. I wasn’t really worried about anything except losing power for some reason. I don’t know. It just seemed to be my biggest concern. I saved the last News Paper of 1999 and the first of 2000.
Hope you can find a better internet outlet. Your post are too good not to read each day.

I agree with Lisa about your post being too good not to read each day...you always have something of interest to say. I remember all the hype about Y2K. We have a 5 gal. bucket with a Y2K logo on the side of it......designed by my lil sis who worked for a graphic design co. at the time. Once again, the good Lord did not let the world collapse because of the coming of a new year. lol
love n' hugs from up north where we're easing into another year with fair weather waiting for the next snow coming our way.

I do remember all the dire warnings due to Y2k . It was such a relieve when 20000 rolled in and everything still worked. Hope 2020 Is a good one1 It's started off right for me anyway!

Interesting point of view, from the IBM side of things. I don't recall being overly concerned at the time … just made sure my car's tank was full. Rather, feeling a bit miffed because the man I was dating -- a (cruise) ship's officer -- had to be on the bridge that night.

Have you seen on Facebook, people are being cautioned not to abbreviate the date on their checks or legal documents. For instance, 1/5/20 could be altered to read 1/5/2017. Who thinks of these things?!

I think everyone held their breath when 1999 rolled to midnight. The ball still fell in New York and I don't think anyone lost TV power to view it! 2000 was a sad year for us as Jack's Mom passed that year in February. Things were never the same and then his Dad passed almost a year to the date after her. So no matter the way of the world, things can change or alter your life every minute of the day or year. So enjoy your time and not worry too much about the small stuff!

Oh, the year 2000! I recall the undercurrent of panic all around. Now 20 years later, is there any panic about anything? of course there is, but it doesn't require having a lumpy mattress.