Stuff about Me, We. Ours 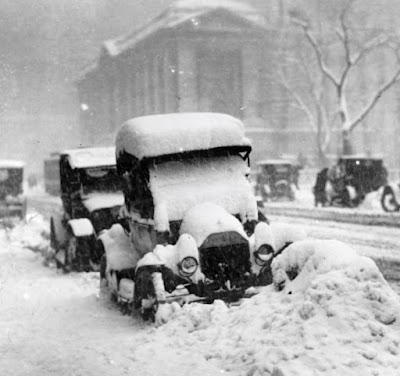 One of 'Woody's cars, up in NY  when he was a kid! Or week before last!

For today:
I do honestly appreciate everyone who reads this drivel, especially those who comment. I don’t know if I have a little dementia or not. My girl, the one who is the most beautiful thing in the world and has owned me over 63 years, thinks I am smart. She says I am NOT demented ……. But you see …… I would say the same to a dear friend, methinks.
In another life, I was a builder. I loved building houses. I MUCH preferred speculative building, I was my own boss. I never built a home to sell that we would not live in, for one reason; I knew we just might have to.  LOL
I have a brilliant grandson who reads here. If I could start over I would love to start with his brain. LOL Our youngest son, MD, is a good builder and very good in his own right with a hammer and design. He has built bigger and better homes than I. BUT he appears to think macho and muscle answers all questions. Apologize is one word that is hard for him to wrap his mind around.
The oldest son JJ …. As I see him…. Is more open, giving, and possibly even gullible at times, but he is ALWAYS a ‘thinking of the other guy’ type person. He is brilliant and very attentive to his health. At 10 years old his vocabulary and mathematical abilities out stretched mine. In administration he has opened several new offices for the company he works for, but like me, he prefers to just work, being responsible for himself rather than admin work. He is now a ‘sub-contractor’ to his company and his own boss.
Like his mama he is a gamer, but unlike her, he is much deeper into the intricacies of the game. They are BOTH competitive. My extent of games is Card games on this computer. The word apologize?  He learned the meaning of the word early.
I read an article the other day concerning shopping carts. Some are returned to assigned spots while others aren’t. I think JJ returns carts 93%+ of the time, about the same as I. MD might not return a cart because it is someone else’s  job, he is in a hurry, the return station is too far, or the guy beside him did not return his.
Apologize? for me? A word the Lord is trying to teach me to appreciate. ;-)..........HONEST honey!  :-O

PS: The front of my BD card from my son JJ says" 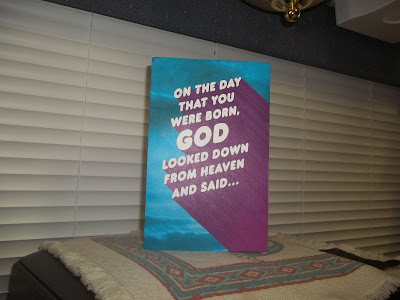 Then on the inside it says:
AM I GOOD OR WHAT?
Son's note:
God is Always Good!

PS2:
My version of the inside would have been:

hahaha. Don't you love how different each child is from the others? My youngest is your JJ. I work with him every day of life and love it.
Have a wonderful day! Hugs- Diana

ps- I don't think you are demented either (at least yet)....lol

Well, woke up this Morning to No Power, Phone or Internet BUT the GENERAC Generator kicked on and My Honey Made Coffee, the Heat Pump on Boiler pumper water thru the lines and we sat and watched it snow, we got about 4 -5 inches fresh snow and might get up to 12 inches !! I would love to have watched you build houses < I bet you always "over built" !!! You would have been a good one to follow as a Code Enforcement Officer, all they would have to do is walk thru and say "Great Job" !!!! !

I don't think you are demented, Jack. I think we all have memory issues when we get older and sometimes its harder to remember things, but I think you are doing just great! Interesting with the sons; but isn't that how it is from one child to another with the talents God gives them and how they choose to use them? Both are doing good, and even if they had some rough times, now they are doing good so pat yourself and Sherry on the back! My pet peeve is people who don't return shopping carts, LOL, but then I blame some stores because the return for them is so far away that it is an effort to return them. There are always stray carts I'm returning that are parked by our car and we don't want to get hit by them.

What an enjoyable read!
Based on your word portraits, MD could be Tom's son! SMH, because Tom's the exact same way about his grocery cart. Drives me n-n-nuts. (Mark doesn't read this blog, does he?)

Isn't it funny how kids that come from the same parents are so different? I like the card! Don't worry, you don't have dementia...as long as you realize how beautiful and smart your dear wife is, all is good! Hope your birthday is great!

I think our minds start declining after 21. I sometimes can’t remember what I did just yesterday. I can’t remember things people tell me half the time. I have gotten where I have to write everything down. The other day, I noticed my handwriting has gotten sloppy and almost unreadable. Whats with that?

Happy Birthday Jack! It's hard to believe that another year has gone by. You and Sherry are my favorite couple and I loving reading about your family. I had 7 children and no two are alike all individuals in their own right. I'm glad your son thought enough to send a card. Not all of mine will do so.

Now how did I miss your birthday.....it's Mel's today. She's catching up to me. lol. I loved the card...and true, God is always Good! Our 5 kids are all different with different talents and thank God for that ! They sure do keep life interesting. We always return carts. All it takes is one rolling scratch from one and it'll cost ya. You always keep coming with so much to enjoy in your blog. Loveya Man! and love your lady too. Sherry sure caught a good one. Happy Birthday !
loven'hugs from up north where we also are in for another pile of snow......but then, it is winter up here, afterall

This one made my smile, darling Jackie, Jr and devilish MD!!!!!

i think your grandsons are a chip off the old block. they've had you as a great example, a positive role model. i enjoy reading about you and your family. so keep writing. you are definitely NOT demented.