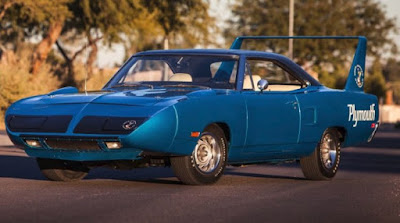 For Thursday (I think)    (:
We are closer to  lil' Mickey Disney so we should have a better signal. Even with bad reception and signals at the last park were steady enough that I kept up; even got ahead a day or two Sherry said. LOL

WE pulled into the this park 15 mins early and were actually turned away. WE circled out a mile or two and came back and were 21st in line. The line was over 1/2 mile long. It makes life better when you are not in a HURRY. We just waited in line an hour and talked to other campers.

As you would imagine things are crowded near Orlando. Mr. Disney World woke up a giant in the entertainment area attracting many more ‘Destination’ entertainment entities. I cannot name them all, but methinks Disney and Universal Studios are the largest. Once on Sherry’s Birthday the boys came down and took her to “The Holy Land Experience.”  That is very interesting to those who enjoy Biblical history.  We all enjoyed that one.

For you that have heard or 'enjoyed' it, some of these places can be EXPENSIVE! There are ‘Bargain Ticket Sales’ all over the place. I have no idea how solid they are. LOL

I’m smiling, we brought the boys here in ’73 and the price was right at $4 general admission. Adjusted for inflation that would be about $23 to day. At the gate now it is close to $150 per day per adult, one park. Park hopping ticket about $250.  Now imagine a family of 4 for a week?  OUCH.

We have never been to Universal Studios. At times some of the family drops by our MH for a few days to play tourist, but that is not often.

We like the area for the weather. Hope your New Year is great. We enjoyed a traditional New Year’s day meal…

Glad you landing in a place to enjoy the Winter. Say hi to Mickey for me if you ever see him. Maybe a hand shake or a high four. (You will get that in a minute). Haha.

Sorry you are not closer or I'd be visiting we are 3 hours south in Ft Myers area. I did get to go to Disney once and loved i but it is expensive. We didn't have our tradition New Year's dinner here but had seafood instead.One way or another it was a Happy New Yeaer!

Are you saying you got there 15 minutes before your reservation - were turned away - and had to come back in a line of 20????? Hope you got your space.

Happy New Year Sherry and Jack! You are so right, Jack, Disney (whether land or world) is so expensive. I did read a few years back that you can actually book your vacation in advance and then pay so much per month for it. So much has changed from when I first went in 1966 when I was 9 years old. Had my ticket already paid for which was probably about $5.00 and my mom gave me $5.00 for spending money and for food. I was able to buy the food for the day and souvenirs for my family and come home with money to spare! Enjoy the weather and your time there!

As a former Floridian (and Floridian in my heart until I get to Heaven) I can testify as to the rapid growth in size AND expense of that area.
I'm glad you and Sherry are patient (it is one of the many traits about you both that I admire. )
Enjoy your winter in the "heart" of Florida.
I love you both,
Jackie

You two DO like to move around.......and that's fantastic. A big HAY! to the Disney crew......love um all. I was to FL once in my life riding the glass elevators in the Convention Center and enjoying the many pools. Since I was there for work, I never got to Disney but did see orange groves which was more up my alley anyway. Have a great stay in your new ' home ' away from home.
love n' hugs from up north where it's warm enough for a walk in the woods. But will I? probably not. I'm still pretty sick

wow who can afford those prices at disney . when we went years ago it was about $25 or $30 to get in and hamburgers there were $6 a piece and drinks too, not to mention the cost of the motel. it was an experience. the kids loved it. but truthfully visiting once was enough. i think universal might be nice for the grandkids. have a great time where you are at. how long are you two fixing to stay.

Happy New Year!
Those ticket prices are downright insane. I remember going to Disneyland with my parents. But unlike today's general admission, one had to pay extra for each ride -- some more than others. When my former hubby and I moved to Florida he had friends at Monsanto who'd give us complimentary admission whenever. Wasn't long before THAT grew old. I do wish they'd make things more affordable for the average Joe and Jane trying to show their kids a good time.

WoW, I took the former wife and kids to Plant City to my sisters house, drove an old Ford Van back about 1974, If memory serves me right we all got in for $5.00 a head, The Kids loved Space Mountain, I was sicker than a dog after that ride ! I liked the Country Bears Show ! We drove from Watertown, NY to Orlando to Plant City with a stop in Virginia Carolina Border. Have had no desire to go back ! Glad you got resettled ! 41 here an cloudy here ! You and Sherry enjoy the Park !