I cannot play a Sax… BUT 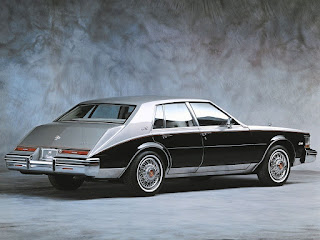 This Caddy was sort of a failed fast back design, however my Brother Jr. still bought one.

At times in my life I have been a ‘Know it All’, or thought I did. Humans have a tendency to misjudge others by our measurements. I have mentioned here once that I was in the school band as a kid. I played the Trumpet. Since we moved a good bit I had different band leaders. Mr. Hatley was my first. Like me he was a trumpet player. If he needed to show me a ‘run’ or scale. He would take my trumpet, wipe the mouth piece and show me how it would sound, man was he good, a professional. 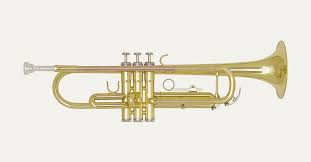 My second leader was a younger man Mr. Wilson. He would take my trumpet to show me something, the timing was perfect but the sound was like a two year old. LOL It didn’t take ‘Know it all’ jack long to realize I was better than the teacher, so I quit. 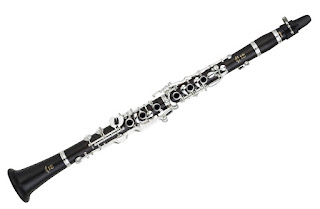 I have never considered the clarinet much of an instrument. But once I had to attend the PTA meeting with my parents. Mr. Wilson was the featured entertainment. My first realization that I was VERY IGNORANT. That man made a clarinet SING. It was probably the most beautiful complicated instrument playing I have ever heard. I was ignorant, but what I felt was STUPID!

I noticed my youngest son was like that. His opinion was ‘a person behind a desk DOES NOT WORK’. He would come back after taking something to our bookkeeper and say, “Dad, Marvin NEVER works, when I go in his office he is laying on his couch watching TV.”

I asked, “Then I wonder how our books are kept up and our taxes done? You know someone must give him the money to pay his office rent and utilities; wonder who does that?”

“Well I never see him working!”

Then I tried to explain that unless a worker makes money for the company, they won’t have a job long. If it is a one man office, and the one man doesn’t work enough to pay his way he goes broke. “Marvin has been in business many years; he must be doing something right. You do not get paid for doing NOTHING in the workforce!”

My favorite sound is the SAX. I am not a ‘know it all,’ and I cannot play the sax. BUT I can sure tell if someone else can or not!  Just sayin’.

Nite Shipslog
PS After re-reading this I know it is a repeat of sorts, but I am sending it your way anyway!  ;-)
Posted by jack69 at 10:30 AM

Great post! I couldn't wait to show this to Tom. In response, he's been sharing stories of his own music mentors. In particular, his high school music teacher, Mr. Canzone -- a brilliant musician with a pronounced temper. Once, while serving guest conductor of the Chicago Symphony, the first chair clarinetist was stumbling on a certain piece. When Canzone called him on it, he retorted, "Do you think you can do better?" … to which Canzone marched over, took his instrument, and told him to trade places.

Tom would be the first to admit, his sax skills have waned, but I still enjoy hearing him play.

I have never learned to play an instrument. Daddy bought me a guitar when I was a teenager and paid for a few lessons. My guitar teacher quit after my third visit so I never learned.
I love to hear a Sax played good.

I do admire those that play a music instrument, whatever it may be. I know some might be harder to master than others, but all do take talent to be able to play!

So funny Jack. Many years ago a friend of mine named Jim had a cartoon on his work bench that show an ant standing before the boss ant's desk...the caption said"Johnson you have an aimless way of running around looking busy" LOL Made me think think that not all busy people are really working. LOL. I can play any musical instruments, but I love seeing others play. Blessings, xoxo, Susie

I played trumpet in the band in junior high school.
Our daughter played clarinet in the band.
Our son played saxophone.
I love music....so much.
I am a pianist and keyboardist now....and it brings me much pleasure.
Sending you and your sweet bride hugs,
Jackie

This touches HOME; IrmaNee PINDER played the accordion beautifully and the saxophone until a breakin at the church caused hers to be stolen. she wore the accordion OUT...that girl was a dynamo, missing her.

I have no musical talent at all. None. But a couple of my kids do. I have a guitar player and a drummer. Both are good and just play for fun. I have the talent of enjoying others talents!