There are several good photographers in Bloggersville. Some stop by the Shipslog.  We have had several good cameras but I have finally learned all I can handle is the simple ones, point and shoot, like the Kodak Easyshare. I don’t know an ‘f-stop’ from a light meter.

I have snapped thousands of pictures from the motor home, car and as we walked. I have done this in over 20 countries and all 50 states. I like beautiful shots and unusual shots. Like this office building in Las Vegas: 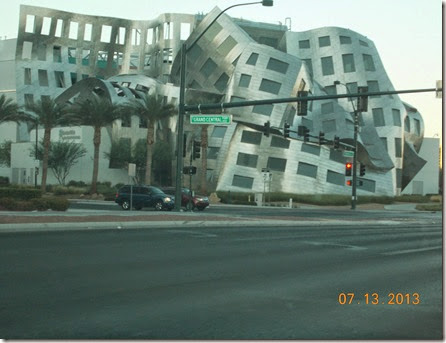 Yeah this is an office building. I have a picture buried somewhere that I cannot find now. It is a giant boot that is a home. ‘You know the old woman who lived in a shoe’.

Ever wonder about the size of the blades used on the electric power producing wind mills: We got these as they past, must be 70-80 ft long. 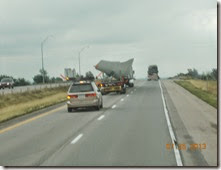 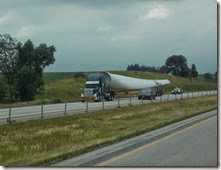 These passed us in Nebraska or Illinois.

BUT when I saw this one on AOL about Halloween. The AOL News Writer asked ‘would you  buy a house that was  haunted’? 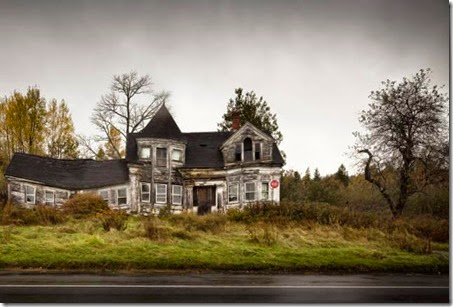 Hey, I said out loud, that is the house I shot in Maine when we went down to see the tall ships. 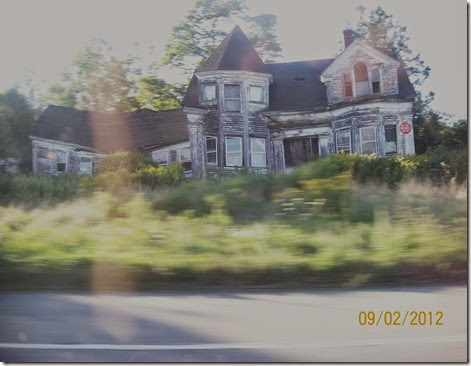 But mine was shot with son Mark driving at 60 mph. It was so striking. I mentioned then that  no one would believe this was real, it looks photoshopped.

Anyway, I thought that was interesting, seeing an exact house I had been impressed with on the net. I should have stopped and done better.

Below are some more shots in a harbor south of Bar Harbor, ME. 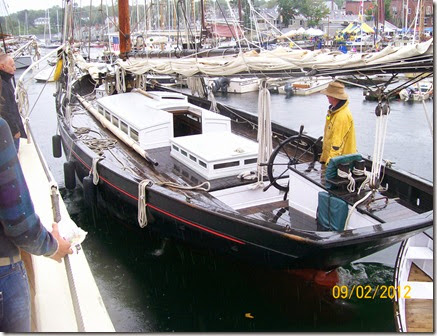 Good navigator/sailor here as he navigates out of the tight moorings. 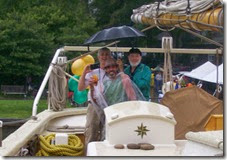 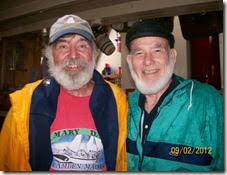 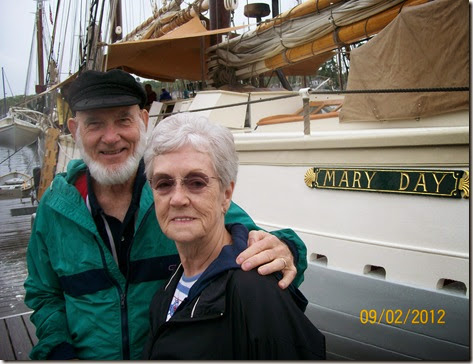 Sherry and I on the pier beside the Mary Day.

Of course I cannot pass up a car show, this one in Maine. 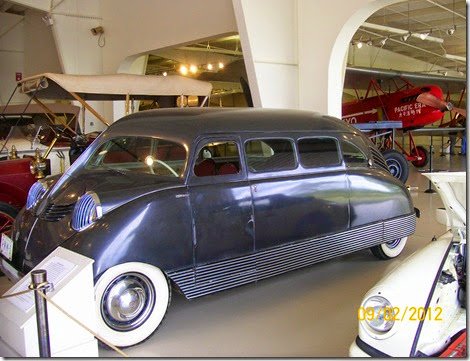 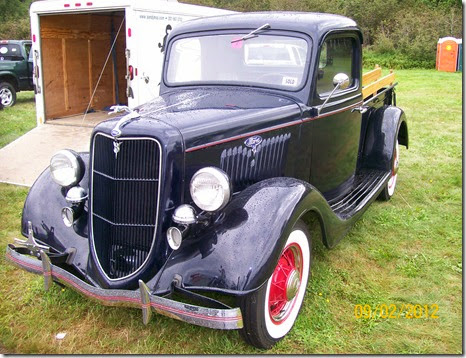 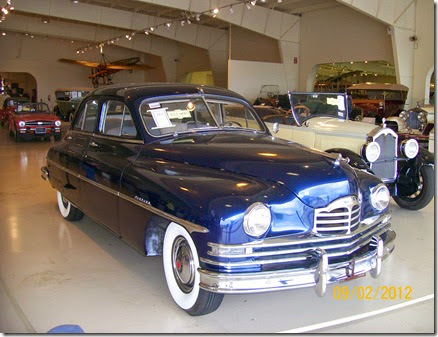 A blonde man spies a letter lying on his doormat. It says on the envelope "DO NOT BEND. "

He spends the next 2 hours trying to figure out how to pick it up.

We got to see this beautiful 1947Plymouth also. 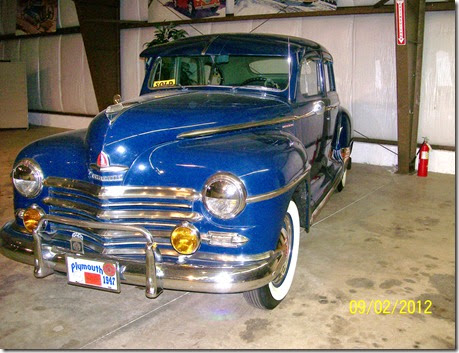 Like the unusual pictures you have here today. Not sure I would want to go in that house alone. Think I told you about seeing one of those big blades on a truck and I thought it was an airplane wing. We just don't see those around here.

That is pretty neat that you saw that Haunted House in person. And snapped a picture. What are the odds? I personally loved that OFFICE Building photo, too. An awesome place for sure.

I like the picture you took of that haunted house, Jack! And no, I don't think I would want to live in one, LOL :)

I like to take pictures, but I don't think I have the eye to be a photographer like so many that have that talent here :)

You always have some interesting pictures to show us but I especially love the ones of your travels. I've got to see a whole lot of the country thanks to the shots of where you've been. Sometimes the simplest camera and take the best pictures. I do remember those peace filled camping days of fall when I had the campground to myself. In our case it was often because people had pulled out to go south! Hope you all are enjoying it. I won't complain about our Ohio weather today though, we had some early showers but now the sunshine is out and we're in the 70's.

There is an office building in
Nashville that is built leaning
sideways. I had to look twice
and ask did I see that right I thought I was having problems with
my eyes. You sure do get a lot
of good pictures.

You always have some interesting things on here - so would you live in a house that was supposedly haunted- I couldn't.

That office building almost defies logic! I'd love to see the inside.
I think you've good instincts when to 'point and shoot' ... and worry about the results after the fact. Me, I spend so much time trying to set up the perfect shot, most of the time the moment's gone forever.
Come to think of it, I guess Life's that way, too.

That office building, wow, how could anyone work there, it makes me dizzy!
That haunted house looks spooky, your photo is great.
Love the joke about the letter on the doormat, good one.

Jack, I nearly fell out of my chair when I saw this. It is great o see everyone and makes me cry. Shirl, I miss you and all of you. Spunky is good but again must cut down on his food. I am going to try to write a blog. Sherry is going to have to get her picture so I can put it with yours, Jack. We are both pretty good I lost all of my pictures when my acc't was being hacked. I am so happy here in Google

Jack, I nearly fell out of my chair when I saw this. It is great o see everyone and makes me cry. Shirl, I miss you and all of you. Spunky is good but again must cut down on his food. I am going to try to write a blog. Sherry is going to have to get her picture so I can put it with yours, Jack. We are both pretty good I lost all of my pictures when my acc't was being hacked. I am so happy here in Google