Its about Hogs, and its wild. 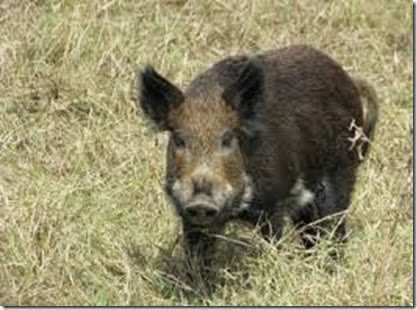 Once hiking around a state park in Florida we came upon a plowed field. It was a little hard to walk on the trail.  After the day’s walk we ran into Chuck, the local ranger.  I asked what they were doing back over in the flat by the lake? 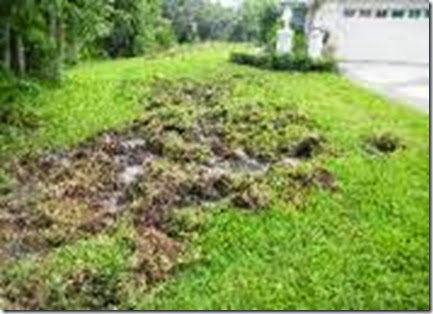 “I mean the new turned ground, y’all planting something this year?”

That was when I learned about Florida Wild hogs. I knew a pig snout was tough, but I had no idea 8-10 hogs could turn that much soil.  Shucks I came to the conclusion if they could be trained, a farmer could have his fields plowed while he slept. 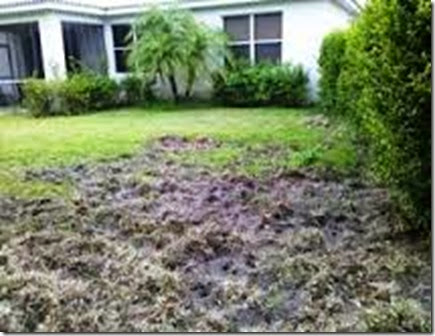 Later on that winter Chuck about totaled his truck because of a huge hog. I then got to thinking of the dangers of Hogs.  Then while Blogging we met a sweet Cowgirl from a ranch in south Texas who talked about the damage the hogs did there and how she and her Rancher trapped them for awhile. 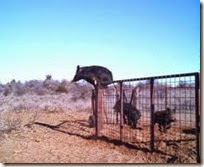 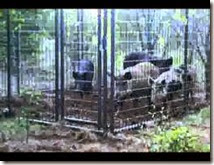 (Can you  believe that high jump?)

Today I just read that wild hogs do $1.5 Billion in damage over 39 states. They estimate there are 2.6 million in Texas alone and do $500 million dollars damage there. (That is close to $200 a hog) 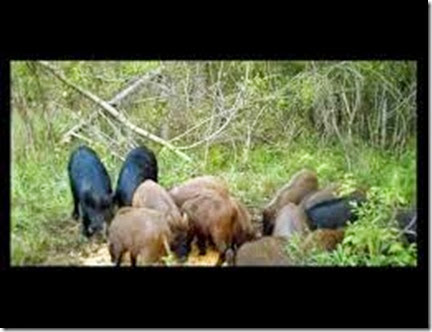 Hogs do not run in herds, they run in groups called ‘Sounders’ and a sounder has 8-12 hogs. The states are losing the battle. Texas kills about 25000 a year, half are eradicated from helicopters, a very expensive mode.

In Florida some Hunters get together to hunt the hogs and have a big BBQ. 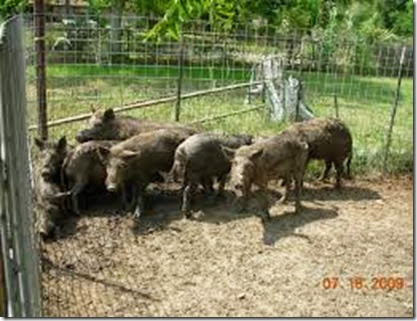 Below is copied from Midway Deer Processing Plant, a meat processing plant in Texas

We suggest, if you decide to take a hog, that you kill a small boar or sow.  The large boars will leave a smell in your kitchen while cooking that even an understanding wife will not tolerate.  It does not make any difference if it is sausage, fried, roasted or whatever.

WE DO NOT guarantee any product when made with Wild Hog.

As stated above, we offer no guarantees as to the quality or taste of your Wild Hog.  Wild Hog populations need to be controlled the same as deer and we are pleased to be able to process them for you again.

Just remember, big boars with long tusks might look good on the wall, but they sure aren't much on the table! 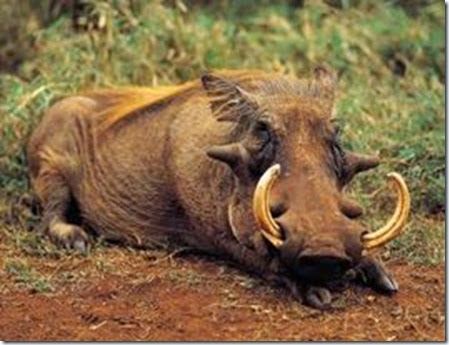 I hope you do not have any problems with Wild Hogs….

A blonde man is in jail.


The guard looks in his cell and sees him hanging by his feet.


"Hanging myself," the blonde replies.


"The rope should be around your neck" says the guard. 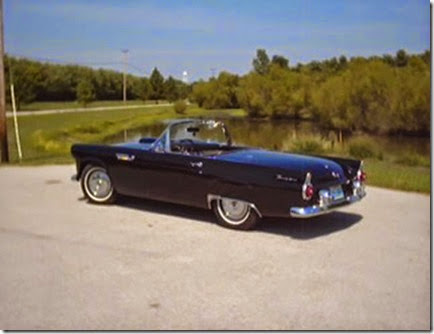 1955 Thunderbird, a beautiful car before they ‘Improved it’

Loved this post. Trapping wild hogs was the most fun we had living at the ranch. Checking the traps was the first thing we did in the morning. We're not seeing any now because it's so dry. Let it come a big rain and they will be back.

No wild hog problems, but the bane of our existence in Mobile were the armadillos... The Thunderbird was a nice looking car, then they had to mess with it. Hugs from NC! Sheila

Gosh who knew all the damage they can do and that they are running around in Texas like that.

No hogs here - well wild ones anyway - here in Atlanta.

I remember watching that reality show that was on, not sure if it is on any more, about people who would go to capture wild hogs as a living. Not my cup of tea! Looked terribly dangerous! I don't think right here locally we have a wild hog problem, but not sure in the more open areas perhaps in central or northern California.

I remember havelinas while living in West Texas - but no wild hogs.
... and I never heard of them in Florida either.
(Was I living under a rock all this time?)

I'm seriously amazed at what damage they can do. Personally, I couldn't capture or kill them, but I'll give to give props to those more responsible. (And less emotional - LOL.)

I have heard that there are wild hogs in Ohio but I've never seen one. Here we have deer that seem to be doing a lot of damage and folks try to keep them out of their gardens and yards. Wild life is a part of nature but we seem to get in the way. Ha! Hope you have a good trip as you move over Orlando way! The sun is out this morning here and after a few dreary days is is a welcome sight !

I did not know any of this. All I can say is those hogs are ugly.