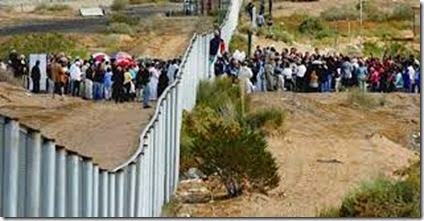 (I wish someone had a feasible answer to the above picture)
Just a couple days ago a high profile ‘illegal’ person was arrested (detained). He was later released, although just being here in the USA he is breaking the law. BUT there are honest extenuating circumstances, I understand. You cannot send him back to his home country because he has none. He has been in the USA all his life, he was born here.
Mama & daddy broke the law, but the sins do not travel down the family chain. If they did a Robber’s children would be just as guilty as the robber, but we do not do that. We do punish the robber. 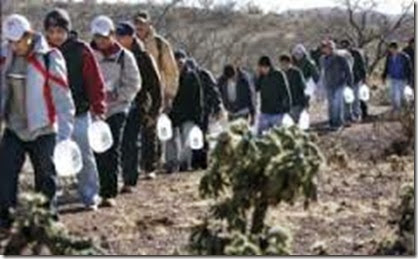 My perception has changed, from solid feelings, to: I HAVE NO IDEA WHAT IS THE BEST THING TO DO. Our government, both parties, have allowed our borders to be ‘open’ for so long in my opinion it is an impossible(Unworkable) task to ‘SEND THEM ALL BACK’, as many (some my good friends) advise. We need some honest way, a good way, an acceptable way to solve the problem. WE need work permits that will put the undercover (cash) folks on the tax rolls.

Can’t we fine mama & Daddy (add the fine to their taxes), issue them a work permit, and after 10-15 years of paying taxes they become citizens? There must be something….
We(USA) need something and at the same time we need to secure our borders and REQUIRE that immigration rules be followed. 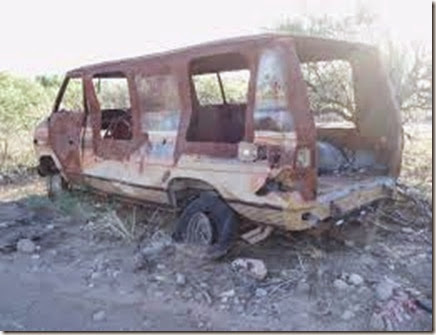 The problem is not going away. It is being seen every day along the US/MX border. I feel for the folks along the border as long as the Coyotes (I learned that term from Paula and John, who experience this problem first hand in South Texas) are able to steal trucks and haul illegals into this country by the hundreds. 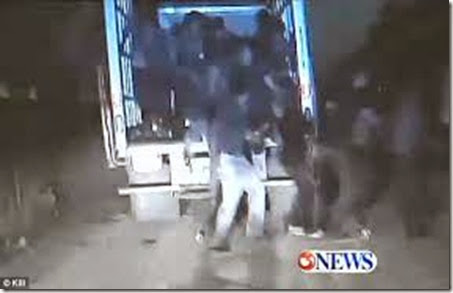 Yes, that  first hand knowledge of the Coyotes comes from one of our dear friends here on Bloggersville. Where an Illegal truck when chased by Law enforcement, cuts thru and tears down Ranchers fences, allowing cattle to roam and endanger them and drivers on the road. The truck is abandoned  leaving the Rancher to repair the damage. 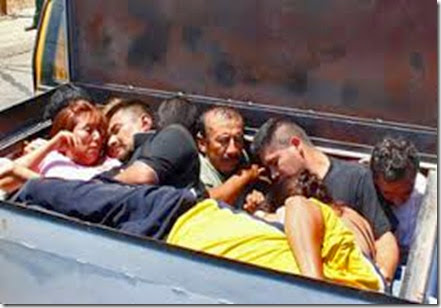 CONGRESS needs to face the situation, GET TOGETHER and deal with it instead of kicking the can down the road. Okay, off my soap box…
Nite Shipslog
PS:
Ahh go ahead and shoot me, but my perceptions change as I get older. At one time I was so frustrated, I was among the ones to line ‘em up and shoot ‘em, I am ashamed to admit.
I was raised during Segregation, those perceptions changed drastically as my mind developed past that of an ignorant kid. YES Legal and ILLEGAL changes over the years. As a Kid it was illegal in our state for Black and White to drink from the same fountain, and pee in the same rest room.  Back then some folk said, “BUT IT IS AGAINST THE LAW!” Some laws need to be changed.
<<<<<<<<<<<<<<<<>>>>>>>>>>>>>>>>>> 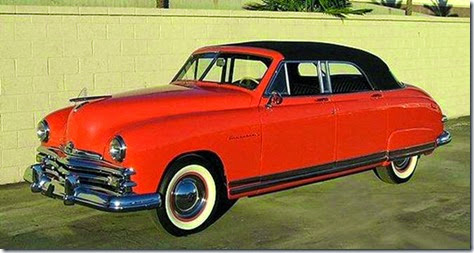 This is a Kaiser or Frasier (Late 40 early 50’s vintage) I hear they were good cars. My Brother owned one.
When this car was built I could LEGALLY buy dynamite at a hardware store. Definitely ILLEGAL now.
(We all have an opinion)
Posted by jack69 at 3:05 PM

I agree with you jack about how our perception's change as we get older, I try not to "sweat the small stuff" as my Father used to say.
I am however more atuned to my surroundings now than ever before, I still always look for the nearest exit when entering a strange place, I always scout out people going into a bank or business and I am more aware of other drivers. I don't think I am paranoid, just older and wiser!!
You 2 take care, we are expecting our second snow storm sometime first part of the week!!!
take care,
Gary and Anna Mae

It reminds me of the TV Program.
COME ON DOWN. You will be taken
care of I wonder how much longer the
money will last with the flow.
We need to collect their tax money.
We have always paid or we get a bad letter. CLOSE the hole in the fence.

Wouldn't that person be an American citizen if they were bor in the US no matter if their parents were not citizens? I do agree we need to do something with our immigration laws. My perception on immigration really hasn't changed too much over the years, do it legally and learn the language when you get to the country! But then I'm 10 miles or less from the border of Mexico and I can't get a job working here because I'm not bilingual.

I don't know what the answer is. Sure has been quiet on that subject in the news here lately. Saw one Border Patrol yesterday and that was the first in a long time.

WOWSERS...THIS ONE is the most profound post I've seen. YOU nailed it Pastor Darnell. It's a quandry, what to do? I have many friends who are illegals; some good guys who grew up in a strict Catholic environment, they swam the Rio Grande to a "better life" in the States. Yeah, I've taken them to the place where they wire the dollars I paid them back home to feed their kids in Mexico and I'm okay with that...a guy has to do what a father who loves his kids has to do! Am I disturbed about the anti-American crap that happens in California??? You betcha; and the drugs they bring thru the channels underground??? Again, YES! It's a problem that has no easy answer, I love my Mexican "helpers" and treat them like family; they are, in return, more appreciative than anyone I've ever met...but I know there are the drug kings out there who thrive on manipulating others ~ including those unfortunate non English speaking Rio Bravo newbies. It's criminal, what THEY do to their brethren, for $$$. Sad indictment on people of all races, colors, creed who prey on the most vulnerable. Again; no easy answers, life is not like that, as always ~ you pose thoughts to ponder. Hugs...Glenda

Ouch! Just between us, OK? (lol)
... that's the sound of my preconceptions breaking a little at a time.

It's easy for us in border states to become outraged at what I call our government's 'tail wagging the dog' mentality ... and
there's lots I can't see myself ever accepting.
Still, my days of tilting at windmills are pretty much over.